A handful of average Americans are mysteriously making fortunes in the stock market.

Aaron Klingman, a retired physician, says he made a 400% gain on one trade alone, while John Danker, a civil engineer, reports making a 290% profit.

They have access to a former Wall Street insider named Paul Mampilly.

Paul is an investment legend who made a 76% return during the 2008 collapse (without shorting stocks) and who managed a $25 billion hedge fund that was name by Barron’s as “one of the world’s best.”

But he recently left Wall Street to help Main Street investors make the same type of gains he has made for some of the wealthiest investors in the world.

To help them get started, he put together a new (controversial) video. 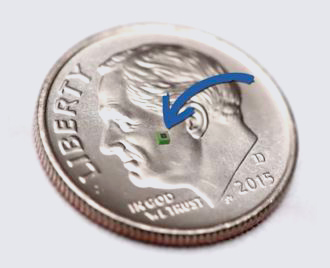 In it, Paul reveals his No. 1 stock pick … a company that makes a tiny device — a device that insiders are calling the “the greatest innovation in history,” and “the future of technology”

“Never before has a technology emerged at such a breakneck pace,” he says in the video. “It will ignite a second Industrial Revolution.”

In fact, Congress recently fast-tracked a little-known bill called the DIGIT to ensure that this technological breakthrough breaks through…

To see the video and immediately find out more about Paul’s No. 1 Stock to buy now, enter your email address…


By submitting your email address, you will receive a free subscription to Winning Investor Daily . This daily investment newsletter delivers free independent financial forecasting and commentary along with carefully selected products and services that we think might interest you. We will not share your email address and you can unsubscribe at any time. | Privacy Policy | How it Works |